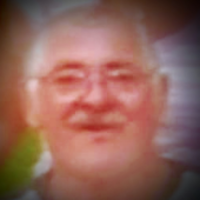 SWANTON - Fred J. Greenia, of Swanton, VT, passed away on Monday, April 6th, at Northwestern Medical Center, of natural causes, at the age of 79.

Fred was born to parents Napoleon and Dora-May (Gardner) Greenia on March 3, 1941 in Swanton. At a young age he took a position with Swanton Packing Co. where he worked until he was no longer able. Being the gentle, but strong-willed and hardworking man that he was he remained active at home and in the community. Fred went on to be a Crossing Guard for the Swanton elementary schools which he enjoyed very much and always brought a smile to his face as he recalled his daily interactions with the students. He could always be found tinkering with and fixing lawn tractors and snowblowers in his garage, gardening in the summer months, riding his Schwinn around town (even at the age of 79) as he never obtained a driver\u0027s license and was happy to be without it, and settling down in the evenings to watch his favorite "Westerns" (especially John Wayne) and his action packed WWE Wrestling with his four legged pal Zeb.

Fred is survived by his nephew, Christopher "Boy" Greenia, with whom he shared a special bond; his niece, Bonnie Lockerby; his great-niece, Kellsie and her husband Adam Shedrick and great-nephew, Masyn Mercure; a brother-in-law, Clifford Barratt and many nieces and nephews that haven\u0027t resided in this area for decades.

He was preceded in death by his parents, Napoleon and Dora-May Greenia; his brothers, Napoleon J. and Gene Greenia; and his sisters, Catherine Pratt, Mary Stearns, Florence Mayes, Patricia Barratt, and Marjorie Greenia.

In light of recent events, a memorial will be held at a later date.

Condolences, photos and favorite memories may be shared through www.gossfs.com
To order memorial trees or send flowers to the family in memory of Fred J. Greenia, please visit our flower store.