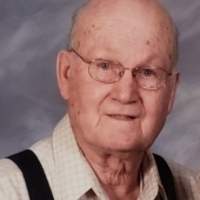 ST. ALBANS/ENOSBURG/RICHFORD" Frederick H. Clark, age 93, passed away on Thursday, May 23, 2019 at the Northwestern Medical Center in St. Albans.

Fredericks family would like to thank the nurses and staff at the Northwestern Medical Center for the excellent care he received, and to the AmCare Ambulance Service.

In keeping with Fredericks wishes, a private Graveside Service will be held at the convenience of his family.

For those who wish, contributions in Fredericks memory may be made to St. Pauls United Methodist Church, 11 Church St, St Albans City, VT 05478.

Condolences, photos and favorite memories may be shared through www.gossfs.com
To order memorial trees or send flowers to the family in memory of Frederick H. Clark, please visit our flower store.