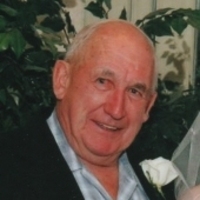 Gardner was born and raised in this area. He served in the U.S. Army and received an honorable discharge in 1955. After returning home from the service he married Dorothy (Combs) on February 22, 1959. Gardner & Dorothy moved to Connecticut shortly after marriage. He worked as a heavy equipment operator for R.L. Rogers & Sons in Connecticut. Gardner retired and returned to Vermont in the 1980s.

He loved sugaring and he looked forward to visiting sugar houses and helping the Howrigans gather sap with horses every spring. Gardners favorite hobbies included hunting with friends and family at home and in Pennsylvania, woodworking, reading, learning about history and spending time with his children, grandchildren and great grandchildren. Gardner also loved to travel, especially to Alaska, Arizona and Montana, and he was very proud to have visited 49 of our 50 states; he never made it to Hawaii. In the early 2000s Gardner began to spend winters in Casa Grande, AZ and summers home in Vermont. He was a member of the Cowboy Church in Casa Grande, AZ.

He is survived by his children, Cindy DeBattista and her husband Raymond of Polk City, FL, Debra Branon and her husband Steve of Fairfield, Gardner Perry Jr. and his wife Kathy of Killingworth, CT, James Perry and his wife Deb of Alburgh and Jeffrey Perry of Richford; several grandchildren and great grandchildren; his siblings, Gerald Perry and his wife Shirley of St. Albans, Arnold Perry and his wife Freida of Milton, Joyce Green of Enosburg Falls and Leona Adams and her husband Sherman of Fairfax; sisters-in-law, Theresa Perry of Enosburg Falls and Gladys Dostie of South Burlington; his lovely companion, Guila Wynn of Casa Grande, AZ and Glover, VT and several nieces & nephews. Besides his parents, Gardner is predeceased by his wife, Dorothy (Combs) Perry; great grandson, Anthony Esposito; his siblings, Frank Perry and Ramona Dion and her husband Carl Draper and his brother-in-law, Harold Green.

Funeral services will be held Sunday, January 14, 2018 at 2:00 PM at Spears Funeral Home. Interment will be held this spring in the Sheldon Village Cemetery.

For those who wish, contributions in Gardners memory may be made to the American Legion Post #42, P.O. Box 572, Enosburg Falls, VT 05450.

Condolences, photos and favorite memories may be shared through www.gossfs.com
To order memorial trees or send flowers to the family in memory of Gardner E. Perry, Sr., please visit our flower store.