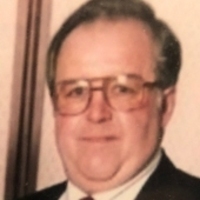 ST. ALBANS - Gene J. Duprey, age 80, passed away peacefully on Wednesday, April 22, 2020 after a courageous year and a half battle with cancer, surrounded by his loving family.

He was born in Highgate Springs on August 4, 1939 to the late Kenneth & Ruth (Warner) Duprey.

Gene married Hilda, the love of his life in 1957. He was proud to be a member of many organizations, especially the Swanton 172nd Army National Guard, St. Albans Elks Lodge 1566, the American Legion and a board member of the St. Albans Country Club. Gene enjoyed a good round of golf, ice fishing, snowmobiling, gambling at Akwesasne Casino, car rides with Hilda, and eating at Olive Garden and at China Gardens in St. John. Gene was a staple at Fantasia, he helped run the facility and was known for his skilled roller-skating abilities. Papa Donuts absolutely adored his grandchildren and always teased them, this will be greatly missed.

Genes family would like to express great appreciation to all healthcare workers who offered care and comfort to both Gene and Hilda in their time of need, and also Gary Rice.

A private graveside service will be held at the convenience of the family.

Condolences, photos and favorite memories may be shared through www.gossfs.com
To order memorial trees or send flowers to the family in memory of Gene J. Duprey, please visit our flower store.