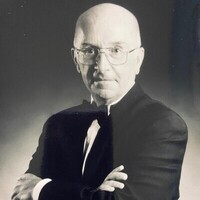 ST. ALBANS – George “Ike” Robert Bedell, 76, of Saint Albans, Vermont passed away unexpectedly on July 17, 2021. He passed peacefully in the hospital due to a sudden medical condition.

George was born in Stowe, Vermont on January 12, 1945 and was a graduate of Stowe High School. His parents were Ruth and Robert Bedell. He went on to attend the University of Vermont where he graduated with a Bachelor’s of Arts in Music Education. He completed his Masters Degree in Music Conducting at the Cincinnati Conservatory of Music in Cincinnati, Ohio. He was a Music Educator at Stowe Middle and High School, Missisquoi Valley Union High School, and then South Burlington High School and retired from teaching in 1999. He conducted myriad musical groups in Franklin and Chittenden Counties in Vermont throughout his musical career and was an accomplished pianist and organist. George was also in the Army National Guard and played the clarinet in the 40th Army Band, in Burlington, Vermont.

Outside of his musical career, George was a marathon runner and avid aerobics instructor in his younger adult life. He enjoyed hiking, jogging, singing, classical music, and Eastern Philosophy. In his later years, he walked everywhere he could each day and enjoyed the experience of good food. He was a passionate learner of positive thought psychology. His favorite classical composers were Johann Sebastian Bach and Wolfgang Amadeus Mozart.

George is survived by his two sons Christopher Bedell and Justin Bedell, the mother of his children, Margaret Strait and her brother and wife, Chet and Patricia Strait of Virginia Beach, VA. He is also survived by Justin’s wife, Claudine Prairie Bedell, grandchildren, Samuel Sansone, Hannah Bedell and husband Michael Casey, Maxim Bedell, and great-granddaughter, Charlotte Duart Casey. George resided in the Burlington, VT area for most of his life and, after retiring, lived in Key West, Florida and Asheville, North Carolina. George is also survived by Douglas Clark of Asheville, North Carolina.

George’s end of life celebration will be a small and private ceremony at his final resting place, Copley Cemetery in Morrisville, Vermont with his parents Ruth and Rob.

To order memorial trees or send flowers to the family in memory of George "Ike" Bedell, please visit our flower store.