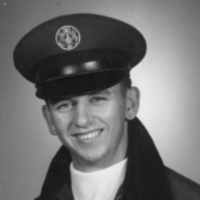 ALBURGH SPRINGS - George P. Prime, age 75, passed away on Tuesday, May 22, 2018 surrounded by his loving family at his home in Alburgh Springs.

George graduated from Alburgh High School in 1962. While in high school, George joined the U.S. Air National Guard and later the U.S. Air Force. He served overseas in Germany, Libya and Spain. After receiving his honorable discharge, George returned home and went to work for the railroad. He retired from the railroad after 32 years of service. George enjoyed being outdoors, especially gardening, and painting.

He is survived by his long-time companion, Cecile Hart of Alburgh; two daughters, Shauna Clifford and her husband Brian of St. Johnsbury, and Stacie Peyrat and her husband Brian and their daughter, Hillary of Fairfax; two brothers, Merrill Prime Jr. and his wife Susan of Blairsville, GA, and Warner Prime and his wife Cora of Alburgh; a sister-in-law, Judy Clark of Rouses Point, NY and several nieces & nephews. Besides his parents, George was predeceased by his sister, Beverly Creller and her husband Robert Sr.; and his brother, Robert Clark.

A graveside memorial service with military honors will take place in the Alburgh Center Cemetery on Saturday, August 18, 2018 at 10:00 AM.

For those who wish, contributions in Georges memory may be made to the Wounded Warrior Project, P.O. Box 758517, Topeka, KS 66675.

Condolences, photos and favorite memories may be shared through www.gossfs.com
To order memorial trees or send flowers to the family in memory of George P. Prime, please visit our flower store.