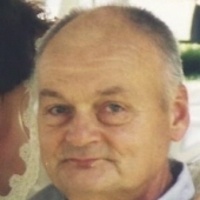 Bear, DE/Colchester, VT - Gerald (Jerry) L Safford, age 78, passed away peacefully on March 23, 2020 at the Crozer-Chester Medical Center in Chester, Pennsylvania as a result of injuries sustained in a house fire on Feb. 29, 2020.

He was born in Burlington on February 11, 1942 to the late Phillip (Lawrence) and Doris (Corliss) Safford.

Jerry made his living as an auto mechanic at various car dealerships in the Burlington area and owned his own garage and auto body shop in Malletts Bay for several years. He was an incredibly talented auto-body repairman. He could replicate any part of a car with a piece of sheet metal and a pair of tin snips.

On January 21, 1964 he married the former Sandra Robar in Holy Cross Church in Malletts Bay. Together they raised their three children. Sandy predeceased him on September 25, 1997.

Jerry is survived by his daughters, Lisa Raymond of Highgate, and Kimberly Micklus and her husband Anthony of Milton.

He is also survived by several nieces and nephews.

Jerry re-married Eunice (Glock) Safford who survives him along with her children, Beth Muspratt of Bear, DE and Jonathan Luster of Belleville, Illinois.

In addition to his parents and Sandy, he was predeceased by his son David, infant daughter Wendy, son in law Gregory Mumley and a brother David C Safford.

Due to current circumstances, a memorial service will be held at a later time at the convenience of the family.

The family would like to express their deep appreciation and gratitude to the members of the Christiana Fire and Rescue Dept as well as the staff from the Crozer-Chester Medical Center Burn Unit for their care, compassion and support shown to Jerry and the family during this most difficult time.

For those who wish, contributions in Jerrys memory may be made to the Christiana Fire and Rescue Dept, 2 E Main St., Christiana, DE 19702 (or your local fire department) or Crozer-Chester Medical Center Burn Unit, 1 Medical Center Blvd., Upland, PA 19013.

Condolences, photos and favorite memories may be shared through www.gossfs.com.
To order memorial trees or send flowers to the family in memory of Gerald L. Safford, please visit our flower store.