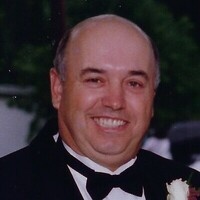 SWANTON – Germain Bourdeau, born on June 29, 1946 and a life-long resident of Swanton found much sought out peace on November 12, 2020 after he fought his 21 year battle with prostate cancer with such strength, courage and fierce determination. He never ever let his cancer diagnosis stop him from doing anything he wanted to.  He was surrounded by all his family and his loved ones during his final days.

Germain will join his father Rudolphe and his beloved mother Claire Marie (Riendeau) Bourdeau, his brothers John & Daniel, and his special brother Remi with whom he worked side by side with everyday operating their businesses until Remi passed away in October of 2016.

It is with such profound sadness we have lost a local businessman that was an innovator and inspiration to so many members of the small farming communities across Vermont, New York, Quebec, Ontario, Alberta and from the East Coast, from Maine to Florida. His undying devotion for the love of the land, animals, agricultural farm equipment and a good honest day of hard work was his motivation every single day. He was a business man who loved working hard, long hours and he treasured the fact that he was lucky enough to work side by side in his businesses with his wife and his children every single day.

He will be remembered for his undying love of farming and his business ventures, his strength of character, work ethic and his love of operating farm machinery. His favorite pastime was his love and deep respect of the land! Every year he was involved with the planting and harvesting of the crops. He loved every aspect of crops. The plowing, harrowing, picking stones, planting, raking, chopping hay, chopping corn silage, combining corn or soybeans or driving truck. It did not matter if it was day or night, he just got it done. He often joked that he was just hired help! On Sundays he could be found driving his side by side for his weekly scouting trips of the crops in fields. Though he seldom displayed affection to his family, a quick wink or nod, or that wide smile he had, meant the world to those around him.

He also leaves behind all his employees who were so dedicated to his passion. He cherished his long-time customers, many of whom became life-long friends of the family. His family would like to thank so many people who called, visited, and checked in to see how he was doing at home during the final months of his illness. His family would like to thank his doctors Dr. Moore, Dr. Plante, and Dr. Ades who understood his determination to live. His passing will be felt by the many lives he touched and he will be so greatly missed.

The Liturgy of his Christian Burial will be celebrated, Saturday, November 21, 2020 at 2 pm at The Church of Nativity Catholic Church, located on 65 Canada Street in Swanton, Vermont. The Rite of Committal and Interment will follow at the Bourdeau family lot in St. Mary's Cemetery, 65 Canada St., Swanton, Vermont.

In lieu of flowers, memorials in Germain's name may be made to the Church of the Nativity, 65 Canada Street, Swanton, VT 05488 or to the Germain Bourdeau Agricultural Memorial Fund being established to support and sustain local agricultural organizations and education. The donations may be sent in care of Attorney George Spear, P.O. Box 148, Swanton, VT 05488.

The family of Germain Bourdeau would like to invite friends and family to view his funeral procession that will include heavy equipment, trucks, and tractors.

The funeral procession will leave from The Goss Life Celebration Home, 89 Grand Ave., Swanton, VT at 1:15 PM sharp. The route will include a loop around County Road, Janes Road, and Middle Road before arriving at the Church of the Nativity, 65 Canada Street, Swanton, VT.

To order memorial trees or send flowers to the family in memory of Germain Bourdeau, please visit our flower store.