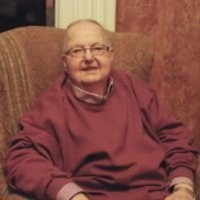 On May 7, 2020, Gilles Bellefeuille, beloved husband of Nancy Holmes, passed away peacefully at his home in Swanton, Vermont at the age of 85.

In addition to his wife, he is survived by his children Christine (Denis Bouchard), Martin (Nina Gushina) and Anne (Michael Belliveau), from a previous marriage. He also leaves his brothers and sisters Jean-Guy (Jeannette Pilon), Rollande (late Jean-Charles Sabourin), Marie-Paule (Raymond Carrire), Yvon (Jeannine Vadnais) and Diane (Robert Roy), and was pre-deceased by his brother Robert (Suzanne Turpin). He was the proud and caring grandfather of Virginie, Victor, Delphine, Cassandra, Edouard, Nicolas, Chloe, Samuel, Kristian, Lukas and Aleksandre. Numerous nieces, nephews, relatives and friends are also saddened by his departure.

A devoted husband and father, he was a man of heart and reason, known for his loyalty, generosity, and determination. He worked at Shell Canada for more than thirty years, holding several management positions. He subsequently served two successive terms as Executive Director of the Quebec Medical Association.

A service will be held when circumstances permit. The ashes will be interred in his hometown with his family in Hawkesbury, Ontario.

For those who wish, contributions in Gilles memory can be made to the charity of their choice.

Condolences, photos and favorite memories may be shared through www.gossfs.com
To order memorial trees or send flowers to the family in memory of Gilles Bellefeuille, please visit our flower store.