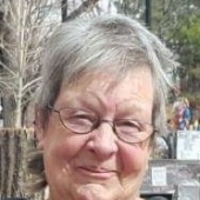 SWANTON - Gloria M. Cotier, age 75, passed away Saturday morning, October 21, 2017 at the Franklin County Rehab Facility in St. Albans.
She was born March 31, 1942 in Melrose, MA the daughter of the late Edwin Searle Mitchell Jr. & Grace Mary (Muller) Mitchell.
Gloria moved around the world as the daughter of a career Army father. She attended BFA St. Albans and graduated from high school while living in Germany. She married J. Bart Cotier on February 17, 1962 and they made their home in New Jersey where they raised their two sons. She worked as a systems manager from 1977 through 2000 for an advertising agency in New Jersey. The family spent summers at Lake Champlain and in the summer of 2000, she bought her lake house making Vermont her permanent residence. Shortly after coming to Vermont she became a para-professional at the Highgate Elementary School retiring in 2013.
Gloria loved to spend time at her lake house with her family and friends. She also enjoyed reading, especially crime & mystery novels.

She is survived by her sons and their wives, Joseph & Eun Cotier of Glastonbury, CT and Matthew & Charolette Cotier of Wellington, CO; her grandchildren, Hannah, Joshua, Christopher, Jessica & Krystal; her brother, Edwin Searle Mitchell III and his wife Lori of Guilford, CT; her sister-in-law, Michele Soriero of Dayton, OH; several nieces and nephews; Besides her parents & husband, Gloria was predeceased by her brother, Robert Curtis Mitchell.

Visiting hours will be held Thursday, October 26, 2017 from 4-7 PM at the Kidder Memorial Home, 89 Grand Ave, Swanton, VT. A memorial service will be held in the spring of 2018. Interment will be private at the convenience of the family.

For those who wish, contributions in Glorias memory may be made to Voices Against Violence & Lauries House, P.O. Box 72, St. Albans, VT 05478 or to the American Legion Post # 1, 100 Parah Drive, St. Albans, VT 05478.
To order memorial trees or send flowers to the family in memory of Gloria M. Cotier, please visit our flower store.