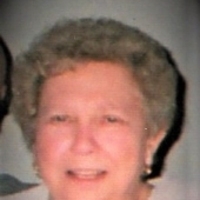 Gloria worked for many years at the Carbon, Thermal Wire, Softlite, Kidder Furniture and Kidder Newhouse.
She enjoyed fishing and baking and was known for her delicious peanut butter fudge. Above all, Gloria enjoyed spending time with her beloved family.

In keeping with Glorias wishes, there will be no public services.

Condolences, photos and favorite memories may be shared through www.gossfs.com
To order memorial trees or send flowers to the family in memory of Gloria T. Giroux, please visit our flower store.