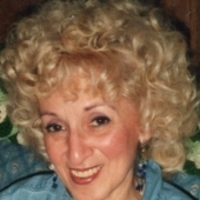 Gloria grew up in New York City and she worked as a hairdresser for many years. She married Henry Groth on May 25, 1971. Shortly after, Henry built their vacation home on Lake Champlain in Swanton. Gloria was instrumental in helping Henry start HG Appliance Repair; he could fix anything, and she kept the business going. In 1995 they retired and moved to Swanton full-time. Her favorite hobbies included going dancing, bowling and fishing. She also had a great relationship with her step-daughter, Loriel. Gloria loved her Multi dogs. Over the years she had several including, Pumpkin, Frosty, Snowflake, Sunshine & Sweet Pea.

She is survived by her husband of nearly 50 years, Henry Groth of Swanton; step-daughter, Loriel Melanson and her husband Dean; granddaughter, Addie; her brother, Bob Greenburg and his wife Karen of Spring Hill, FL and several nieces & nephews. Besides her parents, Gloria was predeceased by her siblings, Paul Greenburg and Janet Greenburg.

A private memorial service will be held this spring at the Groth residence on Lake Champlain.

For those who wish, contributions in Glorias memory may be made to the Franklin County Animal Rescue, 30 Sunset Meadows, St. Albans, VT 05478.

Condolences, photos and favorite memories may be shared through www.gossfs.com
To order memorial trees or send flowers to the family in memory of Gloria Groth, please visit our flower store.