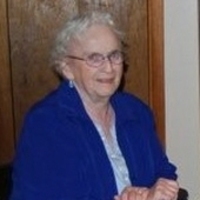 Gloria, daughter of the late Gerald & Myrtle (Gross) Davis, was born in Fletcher on May 26, 1934. She graduated from Richford High School and later married Robert W. Hoben. Together they made their home on the family farm in South Richford before moving to Summit, NJ. They later returned to Vermont and lived in Essex Jct. until 2015 when she moved to the Franklin Homestead.

Gloria was a homemaker and loved to cook and sew. She also loved to crochet and made many beautiful gifts for her family. While living in Essex, Gloria and Robert were very active in the Grange and their church.

Gloria is survived by her son, James Hoben of Waterbury; five grandchildren, Michael, Jeremiah, John, Jaime and Lily; eight great grandchildren; her sister, Katherine Kolowski; several nieces & nephews and many dear friends in Essex and in Franklin at The Homestead. Besides her parents, Gloria was predeceased by her husband, Robert Hoben; her sisters, Edith Chatfield, Alice Marcott and Geraldine Wright; brothers-in-law, John King, Darrell Ovitt, Russell Chatfield and Harrison Wright.

Glorias family would like to thank the staff at St. Albans Healthcare & Rehab for the wonderful care she received for the past four months.

For those who wish, contributions in Glorias memory may be made to Franklin United Church, P.O. Box 84, Franklin, VT 05457.

Condolences, photos and favorite memories may be shared through www.gossfs.com
To order memorial trees or send flowers to the family in memory of Gloria A. Hoben, please visit our flower store.