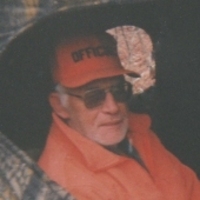 BAKERSFIELD - Graydon A. Lumbra, age 78, passed away Saturday, September 23, 2017 at his home in Bakersfield.

Graydon grew up in Richford and graduated high school from B.F.A. St. Albans. After graduation, he served in the U.S. Army. Graydon had fond memories of his time in the service, especially his time as a Paratrooper. He worked as a Glazier for most of his life and spent 30 years at Dartmouth College in New Hampshire. After retiring in 2001, he and his wife Mary moved up to Bakersfield. Graydon had a passion for the outdoors and he loved rabbit hunting with his beagles, maple sugaring, roasting pigs, logging, dancing and partying with Mary. He was also a supporter of the American Legion, he served as Commander of the Post #22 in Lebanon, NH.

He is survived by his wife, Mary (LaBelle) Lumbra of Bakersfield; his son, Aaron Lumbra and his partner Cindy Larned of Georgia; step-son, Chris Tanner and his wife Elizabeth of Enfield, NH; grandchildren, Devin Lumbra, Hannah Lumbra, Kaitlyn Tanner and Cole Tanner; his sister, Deborah Lumbra Caron and her husband Albert of Greenfield, NH; sister-in-law, Judith Ames of Milford, NH; several nieces & nephews and close family friends, the Forands, Monettes and Busiers. Besides his parents, Graydon was predeceased by his step-daughter, Starr Marie Tanner and his brother, William Lumbra.

A memorial service will be held Friday, September 29, 2017 at 11:00 AM at Spears Funeral Home, 96 Dickinson Ave., Enosburg Falls, VT. Interment will follow in Maple Grove Cemetery in Bakersfield.

For those who wish, contributions in Graydons memory may be made to Franklin County Home Health - Hospice Program, 3 Home Health Drive, St. Albans, VT 05478.

Condolences, photos and favorite memories may be shared through www.spearsfuneralhome.com
To order memorial trees or send flowers to the family in memory of Graydon Lumbra, please visit our flower store.