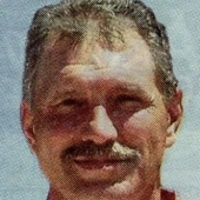 MONCKS CORNER, SC - Gregory Paul Clark, 64, passed away on January 13, 2019, with his loving family by his side. Gregory was born on February 1, 1954, in Saint Albans, VT to the late Paul Richard Clark and Shirley Alice, nee Messier. He is survived by his wife of 38 years, Candice Lynn Clark, nee Harvey.

Greg grew up in Enosburg, VT, and graduated from Enosburg Fall High School in 1972, where he played soccer and was the lead actor his senior class play, Bye, Bye, Birdie. After school, Greg worked at Wetherbees Hardware and the Thirsty Boot in Montgomery Center as a bartender and as a ski patroller at Jay Peak Resort. Greg married Candice on July 26, 1980, in Richford, VT, and began a long career with the Enosburg Falls Water and Light Department where he first worked as an apprentice, then a lineman foreman, and eventually retiring as superintendent.

For several years, Greg also worked with his father, Paul, and his uncle Luther in their carpentry business. A skilled carpenter and electrician, Greg designed and built his familys home, horse barn, and surrounding property where he spent much of his time. He had a love for horses and found joy taking care of and riding the familys Morgan horse Chance. Above all, Greg had a deep passion for music and was a naturally gifted singer who had a wonderful voice. He performed with various country music bands throughout Vermont where he played rhythm guitar and was lead singer. In his youth, Greg enjoyed writing poetry, skiing, classic cars, hunting, playing guitar and various sports including golf, tennis, and billiards. Later in life, he was most happy at the beach and spending time with his grandchildren, whom he loved dearly.
\t
He is survived by his three children and their spouses: Bradley Clark and his wife Yujin of Centreville, VA; Dereck Clark and his wife Danielle of McLean, VA; and Allison Walker and her husband David Jr. of Moncks Corner, SC. He is survived by four grandchildren: Aidan Clark, Oliver Walker, Avery Clark, and Madelyn Walker. Greg is also survived by two brothers and their spouses: Rick Clark and his wife Doreen; and Joey Clark and his wife Penny of Enosburg, VT. He was preceded in death by his parents, Paul and Shirley Clark, his paternal Uncles Douglas and Luther Clark, and his maternal Aunt Dolores Freda Barry.

In lieu of flowers, memorial donations may be given to St. Jude Childrens Hospitals Gregory Clark Memorial Fund by going to the following link: http://giftfunds.stjude.org/gregoryclark.
To order memorial trees or send flowers to the family in memory of Gregory Paul Clark, please visit our flower store.