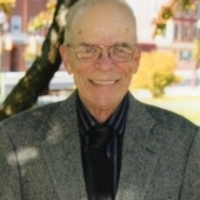 Guy attended Holy Angels School and began helping as a farm hand for several local family farms. He and Mireille got married in 1968 and started a family. They ran a farm together in Highgate for five years, which created many everlasting memories. He retired from Champlain Cable after 22 years of dedication. Guy was known as a very social man, he talked to anyone and everyone! Guys family is convinced that he couldve written a book about all the interesting stories he shared. He was passionate about motorcycles. Julie, his daughter will never forget the photo taken with her dad and his motorcycle on her wedding day. He was an avid John Deere collector and looked forward to his daily rides, always passing by the old family farm. Papa will be missed by all who knew him, especially his dog Molly and his granddaughter he affectionately called Nana Bean .

Contributions in Guys memory may be made to the Franklin County Animal Rescue, 30 Meadows, St. Albans, Vermont 05478. \t

Condolences, photos and favorite memories may be shared through www.gossfs.com
To order memorial trees or send flowers to the family in memory of Guy J. Corbeil, please visit our flower store.