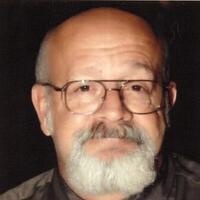 Guy married Louise Poulin, his soul mate and life partner on April 28, 1973. They made their home in Swanton and raised their two wonderful boys. Guy was a Jack-of-all-Trades and could fix anything. He was handy, resourceful, and always willing to go out of his way to help anyone in need. He devoted 32 years to the Vermont Army National Guard as a Wheel Vehicle Mechanic, dedicated lots of time to the Swanton/Highgate Rod and Gun Club, and the Ocala Sportsmans Club where he was able to enjoy target practice shooting, trap shooting and was an Instructor for Hunter Safety Education courses. Over the years, Guy was employed as a Mechanic at Champlain Cable Company, Dynastar Skis, Vestshell Vermont, Inc., Wyeth Nutritional, and most recently as a security guard for MVM and Paragon Systems. After retirement, he and Louise became “Snowbirds” making a home in Florida where they enjoyed time with family, kayaking, and enjoying life together. Guy loved to ride motorcycle, complete word searches, play solitaire, go hunting and camping, compete in Cowboy Action Shooting, spending time with his grandchildren, spoiling his canine companion, Harley, and reloading ammunition. He fought a long and hard battle and will be genuinely missed by those who loved him.

He is survived by his wife of almost 49 years, Louise Laroche of Swanton; his two sons, Matthew Laroche of Swanton and his girlfriend Kim Aher of Fairfax, and Michael Laroche and his wife Shelley of Highgate; grandchildren, Tyler and Isabelle Laroche; siblings, Richard Laroche and his significant other Kathy Grover, Raymond Laroche and his wife Suzette, Ginette Young and her companion Tom Goss, and Gilles Laroche and his wife Brenda; sisters and brothers-in-law, Suzanne Safford and her husband Steve, Claire Stimets and her husband Warren, Robert Poulin and his husband Don Raum, John Poulin and his wife Tammy Brown, and Allan Poulin and his husband Alan Chiet; a special canine companion, Harley; and several nieces, nephews, cousins and special friends. Besides his parents, Guy was predeceased by his mother and father-in-law, Jean and Madeline Poulin; sisters-in-law, Annice Laroche and Betty Poulin; a brother-in-law, Stanley Harvey; a nephew, Christopher Laroche; a niece, Nicolette Poulin; and a special Miniature Schnauzer, Mandy.

A funeral service will be held on Saturday, April 2, 2022 at 11:00 AM at the Goss Life Celebration Home, 89 Grand Avenue, Swanton, VT. Interment will immediately follow in the St. Louis Catholic Cemetery.

For those who wish, contributions in Guy’s memory may be made to the University of Vermont Cancer Center, 111 Colchester Avenue Main Campus, Main Pavilion, Level 2, Burlington, VT 05401.

To order memorial trees or send flowers to the family in memory of Guy R. Laroche, please visit our flower store.