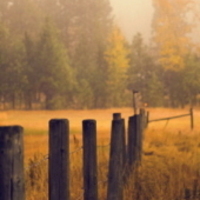 Harold was ordained in 1966 as an Episcopal Priest. He served in several churches throughout Massachusetts, New Hampshire, and also Jamaica. He retired from his parochial duties in 1980. Harold was very proud to move to Vermont and restore the Rossier family farmhouse. He loved to collect items, especially American antiques, and he also became an accomplished painter in his retirement.

He is survived by his wife, Carolyn (Hesterberg) Babcock of Montgomery. They were married on May 31, 1985. He is also survived by a niece and two nephews. Besides his parents, Harold was predeceased by his sister, Constance Lineman and her husband Ronald.

In keeping with Harolds wishes, there will be no public services.

Condolences, photos and favorite memories may be shared through www.gossfs.com
To order memorial trees or send flowers to the family in memory of Harold Babcock, please visit our flower store.