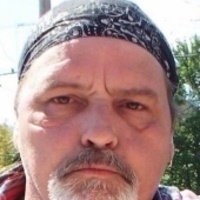 He was very proud of his Abenaki heritage and it showed in the handmade crafts he created. He loved to fish, hunt, and making people laugh. He did some awesome impersonations and was a jokester at times. He was very proud of the fine young men his four boys became and also proud of his grandchildren. He worked at Swanton packing, Pizzagalli construction, Winco, J. A. McDonalds over the years.

Charlies family would like to extend sincere Thanks to those who helped care for Charlie, Dr. Dennis Sanders, Dr. Amy Fox and All of their staff whom Charlie enjoyed harassing from time to time. Also, Thank You to the many friends Charlie made while having chemotherapy he enjoyed your company. Dr. Suzan White, Michelle Kearney, Hal and the staff at Hope & Recovery Clinic.

Due to the current circumstances, memorial services and burial will be held at a later date.

For those who wish, contributions in Charlies memory may be made to Vermont Turkey & Young Guns Club, C/O Steve & Joyce Lafar, 694 Gore Road, Highgate Center, VT 05459.

Condolences, photos and favorite memories may be shared through www.gossfs.com
To order memorial trees or send flowers to the family in memory of Harold "Charlie" St. Francis Sr., please visit our flower store.