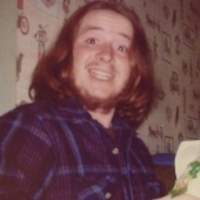 Harry lived in Swanton for most of his life and graduated from Missisquoi Valley Union High School. He worked as a cook at Rusty Scuffers in Burlington for several years. Harry raised his three daughters on his own, they were the light of his life, and always his top priority. His favorite hobbies included listening to loud music (he even sang in a garage band once!), going fishing, spending time with his cats, and cooking. Over the last several years, Harry became ill and was not able to enjoy the things he once loved. He will be remembered as a simple man that always enjoyed life to the fullest, and the best father and papa you could ask for.

In keeping with Harrys wishes, there will be no public services.

For those who wish, contributions in Harrys memory may be made to assist his family with funeral expenses and sent to Abigail Laplant, 3134 Machia Road, Highgate, VT 05459.

Condolences, photos and favorite memories may be shared through www.gossfs.com
To order memorial trees or send flowers to the family in memory of Harry J. Richards, please visit our flower store.