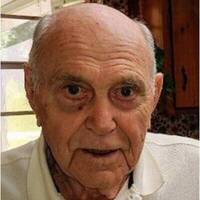 Henry was born on September 15th, 1921 in Pawtucket, Rhode Island to the late Henry and Alice (nee Goodwin) Rowse.

Shortly after Henry’s birth, the Rowse family relocated to Richford, VT. After Henry graduated from Richford High School in 1939 he enlisted in the Navy. His first assignment was on the Aircraft Carrier Yorktown until it sank at the Battle of Midway. He was then reassigned to a troop ship and was part of the Invasion of North Africa, the Invasion of Italy, two Invasions of the Philippines, and the Battle of Iwo Jima. After being discharged from the Navy, Henry attended and graduated from Hartwick College in Oneonta, NY with a Business Degree and worked at Customs Brokerage Company in Rouses Point and Rochester, New York.

In 1952 Henry received an appointment as a FBI Special Agent by J. Edger Hoover. His first duty assignment was Springfield, IL. He later transferred to Atlanta, GA, and Washington, DC where he retired as a Supervisory Special Agent at FBI Headquarters. After his FBI retirement, Henry bought a farm in Montgomery, VT where he raised Polled White Faced Herefords. After selling his farm, Henry moved to Deland, FL where he met his wife, Helen. Henry and Helen would continue to summer in Alburgh and Montgomery VT for nearly 30 years.  Henry and Helen enjoyed an active social life, including Ballroom Dancing.

In 1946, Henry and his five brothers all joined the Missisquoi Masonic Lodge in Richford, VT at the same time.  Henry was a proud member of the American Legion in Richford, and a member of the Society of Former Special Agents of the FBI.

Friends and family are invited to attend Henry’s Life Celebration to include a graveside memorial service on Monday, July 12, 2021 at 1:00 PM at Richford Center Cemetery, South Richford Rd., Richford.

To order memorial trees or send flowers to the family in memory of Henry G. Rowse, please visit our flower store.