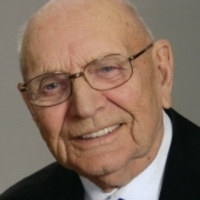 Homer worked for the paper mill (now called West Rock) in Sheldon Springs for 30 years, he retired in 1997. Prior to the paper mill, he worked at the bag factory in Swanton and owned his own painting business. After retiring, Homer worked at his daughters store Sandys Quick Stop for several years. He was a former member of the Knights of Columbus, the Loyal Order of the Moose, the Franklin County Senior Center, and the Church of Nativity in Swanton.

He had a strong passion for music and dancing, in fact that is how he met his wife June. Homer and June danced and sang in sync with each other and were known to sing with many local country bands. They even appeared on television with the Lytle Family. Dancing was his most favorite thing to do, and he continued to enjoy dancing well into his 93rd year of life. He taught his 3 daughters how to dance, and Homer and his family were regulars at the Bay Side Pavilion in the summer months were he enjoyed the music of the Starline Rhythm Boys. Homer also enjoyed traveling in his motor home, bowling, playing pool, card parties and going to McDonalds for breakfast. He will be dearly missed by his family and friends including his special friend and card partner, Pauline Sheets.

A funeral service will be held Wednesday, March 20, 2019 at 1:00 PM at St. Pauls Methodist Church, 11 Church St., St. Albans. Inurnment will take place at the familys convenience in St. Louis Cemetery in Highgate.

Condolences, photos and favorite memories may be shared through www.gossfs.com
To order memorial trees or send flowers to the family in memory of Homer R. Paradis, please visit our flower store.