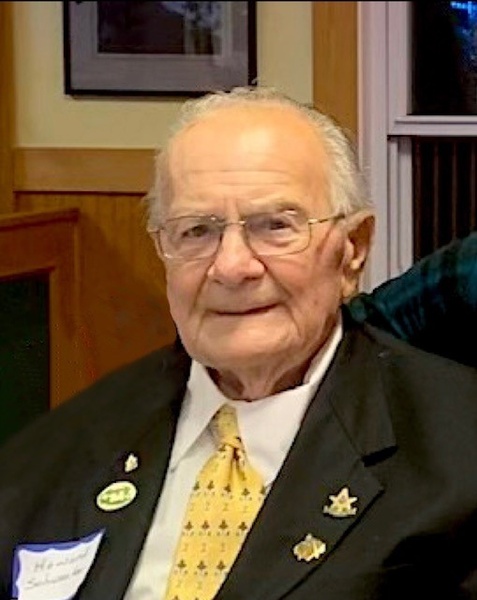 ISLE LA MOTTE, VT - Howard Schwenker 92, formerly of Oakland, NJ, passed away peacefully at his home in Isle La Motte with his wife by his side on July 26, 2022.

Howard (Howie) was born in Hasbrouck Heights, NJ on March 24, 1930.  He was predeceased by his parents, Howard and Ruth Schwenker, and his sister, Joan Rejda.

Howie graduated from Hackensack High School (NJ) in 1947.  After high school, he worked for Manufacturers Hanover Trust.  Howie received an offer to move to Florida and learned how to layout and fabricate sheet metal.  Due to the draft for the Korean War, he had to leave Florida and return to NJ.  Howie served in the Air National Guard from 1950-1956 and it was during this time that he met his future wife, Polly Pratt.  While living in NJ, Howie worked several HVAC companies and the B.G. Pratt Company.  He moved to Isle La Motte, VT in 1983 and started his own business, Howard’s Alarm Service. He retired in 2007.

To order memorial trees or send flowers to the family in memory of Howard "Howie" Schwenker, please visit our flower store.