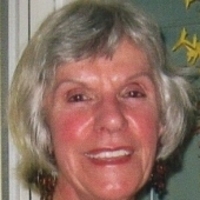 SWANTON - Imelda M. Millie Tougas, age 84, passed unexpectedly into the next life on April 1, 2018 at her home in Swanton.

She was born in Shefford, Quebec, Canada on May 7, 1933 to the late Joseph & Cecilia (Bernard) Rainville.

Millie married John Tougas on May 15, 1954. They owned and operated Johnnys Restaurant in Swanton for 35 years. She was an active member of the Church of the Nativity in Swanton, she served as an Alter Server at funerals, Eucharistic Minister, and CCD Educator. She loved the outdoors, especially working in her flower gardens. Millie had a competitive side, which came out in every game of cards or while playing croquet.

In keeping with Millies wishes, services will be private and held at the convenience of her family. Millie & John will be laid to rest in St. Marys Cemetery in Swanton.

For those who wish, contributions in Millies memory may be made to Nativity Parish Ladies of St. Anne, 65 Canada St., Swanton, VT 05488.

Condolences, photos and favorite memories may be shared through www.gossfs.com
To order memorial trees or send flowers to the family in memory of Imelda "Millie" Tougas, please visit our flower store.