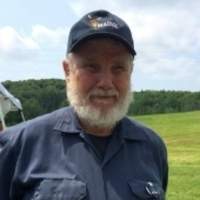 ENOSBURG FALLS - James P. Jim Button, age 73, passed away on Wednesday, June 20, 2018 after a long battle with cancer at his home in Enosburg Falls.

Jim worked for David Reads dairy farm in Fairfield for many years. He also worked for the Gregoire family as a logger, Milton Bradley, and the Bakersfield Country Club. During his retirement, Jim enjoyed building birdhouses, wood working, fishing, golfing, picking golf balls, camping, gardening, and collecting junk. Most importantly, Jim enjoyed spending time with his 3 grandchildren, they were his pride and joy. Jim also served in the U.S. Army and was a member of the American Legion Post #42 in Enosburg Falls.

Jims family would like to thank the Franklin County Home Health Agency, Dr. Norris, Dr. Ades, Dr. Sternberg and the VA for the compassionate care he received during his illness.

A memorial service will be held on Thursday, July 12, 2018 at 11:00 AM at Spears Funeral Home, 96 Dickenson Ave., Enosburg Falls. Interment with military honors will follow in the Highgate Center Cemetery.

Visitation will be held on Thursday from 10:00 AM until the hour of the service.

For those who wish, contributions in Jims memory may be made to the Franklin County Home Health Agency - Hospice Program, 3 Home Health Circle, St. Albans, VT 05478.
To order memorial trees or send flowers to the family in memory of James P Button, please visit our flower store.