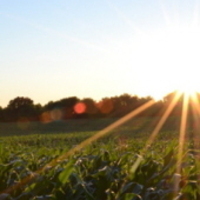 He was born in St. Albans on January 7, 1949, the son of the late George and Dorine (Nichols) Conley.

In keeping with James wishes there will be a private burial in the spring held at the convenience of his family.

For those who wish, contributions in James memory may be made to Hope Lodge- American Cancer Society, 237 East Avenue, Burlington, VT 05401.

Condolences, photos and favorite memories may be shared through www.gossfs.com
To order memorial trees or send flowers to the family in memory of James M. Conley, please visit our flower store.