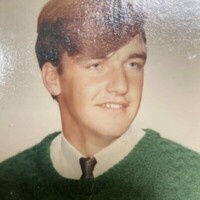 Jim spent all of his life in Alburgh where he was well known for his green thumb. He had a love for plants, Harley Davidson Motorcycles, and a great party. Jim was a jack-of-all trades and spent many years working in construction. He also worked as a mechanic, farm hand, and grounds crewman at the Alburgh Country Club. If you knew Jim, you are sure to have many great memories that can’t help but make you shake your head and smile.

Jim is survived by his son, Jamie Creller of Bradenton, FL; siblings, Donna LaRocque and her husband Jean Paul, Beverlee Poquette and her husband Joe, Kathleen Cheney, Beth Dutton and her significant other Alan Brown, Shawn Creller and his wife Jill, Gene Creller and his significant other Lynn O’Neil, Dana Creller and his wife Teri, Beau Creller and his wife Roxanne; uncles & aunts, Warner & Cora Prime, and Merrill “Jim” & Sue Prime; his devoted friend, Wayne Deo and his good friend, Ernie Hoffman who were with Jim at the time of his passing; and many cousins, nieces & nephews and a long list of extremely good friends. In addition to his parents, Robert & Beverly, Jim was predeceased by his brothers, Robert Creller Jr., and Jon Creller; his sister-in-law, Diane Creller; and a brother-in-law, Marcus Cheney Sr.; his former wife and mother of Jamie, Tonya Hemingway; and his former brother-in-law, Greg Connelly.

At Jim’s request, there will be no public services and he will be laid to rest with his parents in the Alburgh Center Cemetery.

For those who wish, contributions in Jim’s memory may be made to the Alburgh American Legion, Creller-Landon Post #60, 135 North Main St., Alburgh, VT 05440.

To order memorial trees or send flowers to the family in memory of James F. Creller, please visit our flower store.