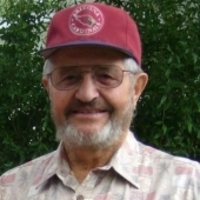 James graduated from Enosburg Falls High School in 1949. He was one of the leaders of the effort to restart the EFHS Alumni Association for their 50th class reunion in 1999, he served as President of that organization during that time. He was a life-long dairy farmer, a member of the Holstein Friesian Association and founding member of the Franklin County Holstein Friesian Club. He married Helen (Corron) on August 2, 1952. James was involved in his community throughout his life; he was a Trustee for the Village of Enosburg Falls, a founding member of the Enosburg Falls Lions Club and a member of St. John the Baptist Church, the Knights of Columbus, the Vermont Cursillo Movement and the Enosburgh Historical Society. He is a past recipient of the Melvin Jones Award from Lions International and former King Lion. James also had a passion for cars, boats and model trains.

He retired in 1991 when he sold the family farm to his son. During retirement, James and Helen would spend their winter months in Tucson, AZ. James reveled in his role as Patriarch of the Hayes family and he always looked forward to sharing his sense of humor during family gatherings. Perhaps his greatest accomplishment was being the primary care giver for his wife, Helen, who is suffering from Alzheimers Disease. He was able to keep her home for several years while he was battling stage four cancer.

He is survived by his wife of 65 years, Helen Hayes; their children, Patrick Hayes and his wife Kirsten of Enosburg Falls, J. Steven Hayes and his wife Kitty of Williston, Kathryn Lamb and her husband David of Wilder, George Hayes and his wife Andrea of Colchester and Susan Whitney and her husband Dale of Shelburne; 15 grandchildren, Sarah Dudley, her husband Justin, Rachel, Jeremiah, Eve & Micah Hayes, Eily, Ryan, his wife Susan and Sean Hayes, Christian, Molly & Michael Lamb, Ava & Griffin Hayes and Gordon & Samuel Harlow; 4 great grandchildren, Lilly & Colin Wedin and Milo & Wren Hayes; his sister, Rebecca Blanchard of Essex Junction and several nieces & nephews. Besides his parents, James was predeceased by his sisters, Veronica Brooks and Mary Read.

The Hayes family would like to thank Dr. Nunnick and the staff from the Oncology Department at the UVM Medical Center, Franklin County Home Health and the amazing staff at the VNA Respite House for the care James received.

Condolences, photos and favorite memories may be shared through www.gossfs.com
To order memorial trees or send flowers to the family in memory of James P. Hayes, please visit our flower store.