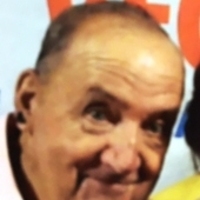 HIGHGATE CENTER - James Hoose (79), a longtime resident of Highgate Center passed away Tuesday, September 19th after a long illness. He leaves behind his beloved wife of 55 years, Joyce (Barratt) Hoose, three children, Randy, Sandy, and Ann, and four grandchildren, Ricky, Kyla, Erika, and Stefanie.
\t
He proudly served in the Vermont Army National Guards for 28 years where he achieved the rank of Master Sargent. He enjoyed working with small engines and could often be found at Rons Small Engine Repair before opening his own shop out of his home. He was an avid gardener and could often be found outside.
\t
He was the son of Richard W. Hoose and Stella (Greenwood) Hoose. The youngest of 12, he was predeceased by Alvin, Helen, Francis, Gertrude, Marjorie, Margarite, Rena, Richard, Violet, and Betty. He is survived by his sister, Mary, sister-in-law Elaine Hoose and brother-in-law, Brian Butch Barratt, and several nieces and nephews.

In lieu of flowers a donation may be made in his memory to St. Judes Childrens Hospital.

Online condolences may be offered through www.kiddermemorialhome.com
To order memorial trees or send flowers to the family in memory of James Hoose, please visit our flower store.