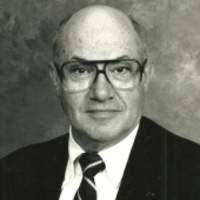 ST. ALBANS - James Daniel Bianca Jr, 84, passed on peacefully Sunday, October 27, 2019. Born on January 8, 1935, in New York, NY, the eldest of three of the late James and Agnes (Craig) Bianca. Jim grew up in Patchogue, NY and attended the University of Vermont, where he earned a BS degree. While at UVM he met and married Elizabeth Masson from Sheldon VT (who attended Trinity College), they had 5 children. He traveled extensively during his engineering consulting career, working in 40 of the 50 states, Europe and South America. He moved back to VT and finished his career with AN Deringer in St Albans.

As a teenager, Jim worked for Dr. Oscar Glueck, a veterinarian who had a practice in Blue Point, Long Island. It earned him the nickname "Doc" and was the beginning of a lifelong love of animals. He was a lifeguard in his teen years in Patchogue and continued to swim well into his seventies. He played football along with track and field in high school and played Division 1 football at UVM where he also was a member of the Lamda Iota Fraternity.

Jim started his military career as an Army ROTC cadet while at UVM. He trained in San Antonio, TX and served in the Army National Guard. He earned his Airborne Wings and Expert Infantrymans badge and attained the rank of Captain. He also was a member of the Vermont State Guard.

Jim had many hobbies which he enjoyed. He started beekeeping in his early teens and continued it through the rest of his life. He earned his private pilots license and would fly when he had time. Jim was an avid reader of history and a gardener. He was a good artist and loved to draw and paint.

Jim was very active in the Boy Scouts of America. He was an Eagle Scout and was involved in Boy Scout troops in Saratoga Springs, NY with his sons. He later served for many years in a senior advisory role with the Green Mountain Council in Vermont. Jim was actively involved in the St. Albans community. He was a member (served as President) of the Rotary Club, the St Albans Museum, and the Knights of Columbus (served as Grand Knight).

Jim is survived by his daughter Cynthia Whiteside and son-in-law Richard, his daughter Roberta ONeil and son-in-law Col. (Ret.) James O\u0027Neil, son Daniel and daughter-in-law Beth, and son Andrew and daughter-in-law Wendy, his ten grandchildren, his sister-in-law Mary Bronson, sister-in-law Cynthia Ann Simpson and her husband Michael, and his brother-in-law Andrew Masson and his wife Agnes, and many nieces and nephews. He was predeceased by his wife Elizabeth Bianca, and his son James Bianca, III.

We will always cherish our memories of Jim and his devotion to his family and his community. Jim loved and valued his family more than anything else in his life.

A Mass of Christian Burial will be held on Wednesday, November 6, 2019 at 11:00 AM at Holy Angels Catholic Church, 246 Lake St., St. Albans. Interment will follow in St. Anthonys Catholic Cemetery in Sheldon.

Condolences, photos and favorite memories may be shared through www.gossfs.com
To order memorial trees or send flowers to the family in memory of James D. Bianca Jr., please visit our flower store.