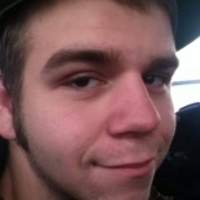 James went to school in Isle La Motte, Alburgh and South Burlington. He was a loving son, brother, fianc and will be deeply missed by all. James loved his music whether it was playing his guitar or bass or being a disk jockey at Radiator WOMM-LP 105.9 FM in downtown Burlington. James enjoyed the fact that he could answer the question on Jeopardy before anyone else at the dinner table. James enjoyed camping, playing video games, history facts, and his pets.

For those who wish, contributions in Jamess memory can be made to help his family with funeral costs. Donations can be mailed to Kidder Memorial Home, 89 Grand Avenue, Swanton, Vermont 05488.

Condolences, photos and favorite memories may be shared through www.gossfs.com
To order memorial trees or send flowers to the family in memory of James E. St. Lawrence, please visit our flower store.