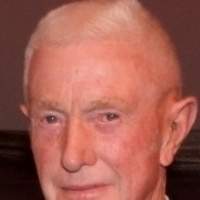 He was born in Bakersfield, VT, on February 28, 1934, the son of the late Percey Marshall and Hazel (Cavanaugh) Barton. He was the youngest child, and had two older sisters, Mary Poginy and Iola Marshall.

Jimmy was a truck driver for most of his life. He started driving when he was 16 and quit driving truck when he was 80. He logged more than 1 million safe driving miles for St. Johnsbury Trucking, and also worked several years for Wrightholm and McDermotts. He was always a hard worker and dedicated employee.

He married Suzanne Gelbar Suzie on December 3, 1960. They were married for 55 years, and had two sons, Alan and Robert Bob . For 45 years, they made their home on a little farm in Berkshire. In addition to working full-time as a truck driver, Jimmy operated the small farm raising Hereford beef, producing maple syrup and selling hay.

Jimmy had many lifelong friends with whom he enjoyed a variety of activities. He and Suzie rode snowmobiles in the winter and were a long-time members of the Cold Hollow Barons snowmobile club. They rode motorcycles in the summer. Jimmy enjoyed deer hunting, golf, bowling, attending tractor pulls, and playing cards. He took great pride in his classic Lincoln Town Car, which he viewed as a reward for his many years of hard work.

He was a dedicated husband, father and grandfather, who worked tirelessly to provide for his family. His grandchildren, Colby and Danielle, fondly remember working on the farm with him and the value he placed on hard work and perseverance. Jimmys relationship with Alan demonstrated teamwork and friendship, despite their stubbornness and frugality, which made a lasting impact on his grandchildren.

Jimmy is survived by his son, Bob Marshall and his wife Michelle Mortensen of Las Vegas, NV; grandchildren, Colby Marshall, Danielle Marshall, Grier Marshall and Reagan Marshall; daughter-in-law, Pamela Marshall of Montgomery; and many nieces and nephews. He was predeceased by his wife, Suzie, his oldest son, Alan, and his two sisters.

Visitation will be held on Saturday at Spears Funeral Home from 10:00 AM until the hour of the service. Interment will be held in the spring in the Enosburgh Center Cemetery.

For those who wish, contributions in Jimmys memory may be made to the Alzheimers Association Vermont, 300 Cornerstone Drive, Williston, VT 05495.

Condolences, photos and favorite memories may be shared through www.gossfs.com
To order memorial trees or send flowers to the family in memory of James "Jimmy" Marshall, please visit our flower store.