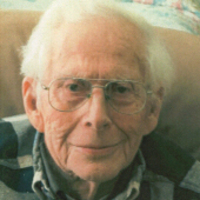 SWANTON - James A. Richard, age 92, passed away Sunday, January 21, 2018 at Our Lady of the Meadows Community Care Home in Richford.

Jim graduated from Franklin High School in 1943. He served in the U.S. Army during World War II and received his honorable discharge in 1947. Jim was an active member of Church of the Nativity and the Knights of Columbus in Swanton, VFW Post #778 in Swanton and the American Legion Post #1 in St. Albans. Jim was a baker for most of his life and he owned and operated Anns Bake Shop in St. Albans from 1966 until his retirement in 1985. He was an avid gardener and a faithful fan of his favorite team, the Boston Red Sox. Jim also enjoyed spending time with his grandchildren, who lovingly referred to him as Pop Pop

Jims family wishes to thank the Doe family and the entire staff at Our Lady of the Meadows for the exceptional care he received each and every day. The kindness and compassion they showed him during his stay there was immeasurable. The family also wishes to thank the Franklin County Home Health Agency Hospice team who helped him pass peacefully and with grace during his final days.

Services will be held Thursday, January 25, 2018 starting with visitation at 10:00 AM followed by a memorial service at 12:00 PM at Kidder Memorial Home, 89 Grand Ave., Swanton. Interment with military honors will be held this spring in St. Marys Cemetery in Swanton.

For those who wish, contributions in James memory may be made to Franklin County Home Health - Hospice Program, 3 Home Health Circle, St. Albans, VT 05478.

Condolences, photos and favorite memories may be shared through www.gossfs.com
To order memorial trees or send flowers to the family in memory of James A. Richard, please visit our flower store.