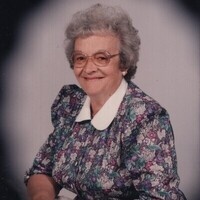 SHELDON – Jean Durkee, 92, passed away peacefully in the arms of her family on Friday, January 15th, 2021 after a lingering illness. Jean was born June 4th, 1928 at home in Highgate. She was the daughter of the late William Machia Jr. and Ruth (Bovat) Machia.

When she was four years old, her parents bought a farm in Sheldon where she lived until she married Homer Durkee Sr. in 1944. They worked on farms for about 5 years then decided to go to factory work. Jean spent 17 years at Fonda Container and then went on to Union Carbide for another 15 years.

Jean was a hardworking person throughout her entire life. Together, she and Homer raised their three sons, Homer Jr., John, and Terry. Working and caring for her home, she also maintained a vegetable garden, canned, and had a beautiful flower garden that was very special to her and quite a sight to behold. Jean loved to see the birds outside her window and was particularly fond of the chickadees and cardinals. Blue jays – not so much. She never let a visitor leave hungry and was well known for her signature chili (Ma’s recipe). Hollywood Rummy was a favorite pastime, countless games were played in her later years with sister-in-law Charlene, great-granddaughters Abbey and Danica, and anyone else that stopped by up for the challenge.

Jean was an independent woman and with this she wanted to thank the numerous family and friends who helped her throughout her final years. She will be severely missed by those who loved her.

Friends and family are invited to Jean’s Life Celebration on Friday, January 29, 2021 to include the following. Visitation from 9:30-10:30 AM at The Goss Life Celebration Home, 89 Grand Ave., Swanton, VT and a Mass of Christian Burial at 11:00 AM at St. Louis Catholic Church, Lamkin St., Highgate. Interment will follow in St. Louis Cemetery.

To order memorial trees or send flowers to the family in memory of Jean J. Durkee, please visit our flower store.