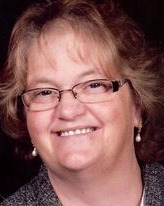 HIGHGATE – Jean A. Rainville, age 65, passed away peacefully after a long and courageous battle with health issues on Sunday, October 30, 2022 at her home in Highgate.

She was born in St. Albans on September 21, 1957 to Laurette (Roussin) and the late Maynard Rogers Jr.

Jean was born and raised in Swanton on a dairy farm. At a young age, she worked as a waitress at the Sunset Restaurant, a job she took great pride in. She met Jacques, the love of her life, at the Tea Company. The two dated for a year and decided to tie the knot. They celebrated their marriage at the St. Louis Catholic Church in Highgate where they were devoted parishioners. After marriage, their family was complete after four wonderful children and the purchase of the Rainville Ranch in 1986. “Cakes by Jean” was the baking business she started and took great pride in. She made numerous wedding, anniversary, and birthday cakes for family and friends. Jean was always busy. When not baking, Jean was an avid crocheter, making blankets and hats to keep her family warm. She loved completing challenging puzzles, as there was often one being built on the table.  Jean’s grandchildren were her pride and joy, cherishing them even before they were born. Her family will remember her as the most selfless, and nonjudgmental mother and grandmother. She lived life by the Lord and had an open-door policy, where all were welcome, but the rule was that you had to eat while you were there. Jean’s loving nature and dedication to her faith made her the lady that she was.

Family and friends are invited to Jean’s life celebration events to include visitation from 5-8:00 PM on Friday, November 4, 2022 at the Goss Life Celebration Home, 89 Grand Avenue, Swanton, VT.

A Mass of Christian Burial will be held on Saturday, November 5, 2022 at 1:00 PM at the St. Louis Catholic Church, Lamkin Street, Highgate, Vermont. Interment will take place at a later date at the convenience of the family.

For those who wish, contributions in Jean’s memory may be made to the American Diabetes Association, P.O. Box 7023, Merrifield, Virginia 22116-7023 or ADANewEngland@diabetes.org.

To order memorial trees or send flowers to the family in memory of Jean A. Rainville, please visit our flower store.