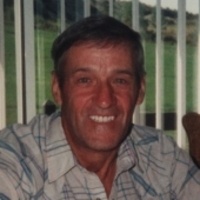 He was born on September 10, 1934 in Sainte Brigide, Quebec, Canada. Jean Guy was one of ten children born to the late Alphonse & Marianne (Jette) Viens.

Jean Guy immigrated legally to the United States at the age of 17. With only a 7th grade education, Jean Guy became a successful farmer, community member, and provider for his family. He was a proud man, and he made sure everything he owned was in good repair and perfectly maintained. Jean Guy farmed for most of his life, but after retiring in 1987 he became a jack of all trades. He loved taking care of property, for himself, neighbors, and for the U.S. Customs border crossings. Jean Guy was an excellent provider to all his family, and after the passing of his wife, he was the primary care giver for his handicap son, Guy.

He is survived by his children, Michael Viens and his wife Mary of Berkshire, Diane Tracy and her husband Loren, and Guy Viens all of Fairfield; four grandchildren, Nicole Olmstead and her husband Nicholas, Gregory Tracy and his wife Erica, and Luc & John Viens; and two great grandchildren, Rowen & Riley. Besides his parents, Jean Guy was predeceased by his wife, Lillian Viens.

Jean Guys family would like to thank the staff at Our Lady of the Meadows for the tremendous care he received. They would also like to thank his neighbors, Norm & Ninfa Delorme and Norm & Huguette Marchessault for allowing Jean Guy to stay home for as long as possible.

Condolences, photos and favorite memories may be shared through www.gossfs.com
To order memorial trees or send flowers to the family in memory of Jean Guy Viens, please visit our flower store.