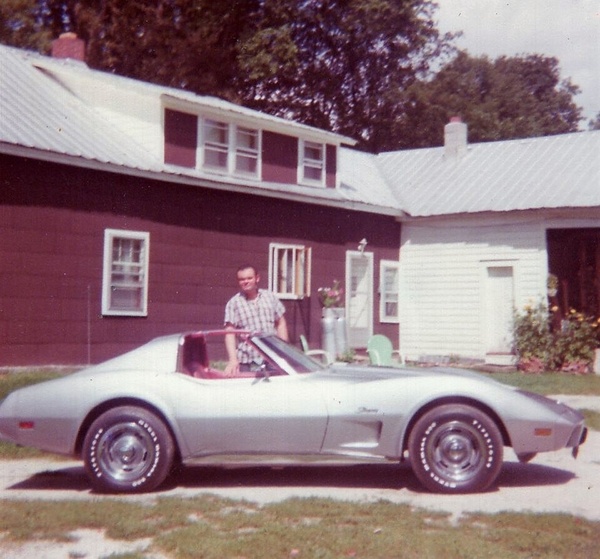 John was loved by his family and friends and will be missed greatly.

He was born in Franklin on November 3, 1942, to the late Fletcher and Thelma (Gay) Dunton.

Growing up, John spent many days with his father and siblings playing at their camp on the Paton Shore Road on Lake Carmi— a camp John’s father built which still stands to this day. He attended school at Franklin Elementary with his siblings, and later went on to college at Johnson State and Keene where he was on the Dean’s list. John joined the U.S. Navy during the Vietnam Conflict where he served for over 4 years and soon found himself navigating the Roosevelt. John was also a member of the Enosburg American Legion. When John returned him for the service, he worked for Union Carbide and at Al’s Exxon. He will be remembered for his hard work ethic and never taking a vacation. John had some loving relationships in his life but the one’s he loved most were his cars. In the prime of his life, his bright Red Chevy Silverado was his pride and joy. He had a bit of a wild spirit and in later years worked for Champlain Chevy as a driver. John was living at the Franklin Homestead before needing additional care at Genesis and his family would like to thank all the staff at both locations for the care and attention he received.

He is survived by his brother, David Dunton; sister, Mary Bessette and her husband Bill; nephews, Mike, and John Bessette; niece, Elizabeth Verrier; 2 great nieces; 2 great nephews; and many friends. Besides his parents, John was predeceased by several aunts and uncles.

Family and friends are invited to John’s Life Celebration events on Friday, July 29, 2022, to include visitation from 11:00AM-Noon and a funeral service at Noon at the Goss-Spears Life Celebration Home, 96 Dickinson Ave., Enosburg Falls, VT. Interment will follow in the Rice Hill Cemetery in Sheldon.

To order memorial trees or send flowers to the family in memory of John S. Dunton, please visit our flower store.