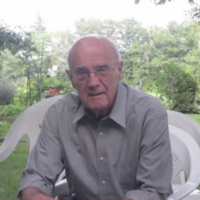 John was born in St. Albans, VT, on August 11, 1932 to William and Ellen (Croft) Phillips. He married Sally Ann Therrien, his wife of 53 years, in 1958. John was predeceased by Sally when she passed away in July of 2011, while residing in Zephyrhills, Florida.

John served in the U.S. Army during the Korean War and was stationed in Germany. He was a member of the Freemasons for over 50 years, was a Past Commander and long-time member of the Frank D. Hazeltine, American Legion, Post #43 in Belfast, ME. He was also a member of the A.A. Scottish Rite Bodies-Valley of Portland, the Mount Sinai Temple Shriners and a member of Veterans of Foreign War (VFW).

He was employed by St. Albans, VT Grain Co./Wirthmore Feeds for nearly 20 years and was the Controller for its successor company, Penobscot Poultry Co., Belfast, ME, for 22 years. He also served as Treasurer for the City of Belfast, ME, for 18 years between 1971 and 1989. After retiring from Penobscot Poultry, John worked at R.L. Vallee, Inc., St. Albans, VT, as Data Coordinator for the Maplefield chain of convenience stores. John and Sally moved to Zephyrhills in 2003 where John was the Treasurer of Gem Estates for many years.

John will be remembered as a devoted husband and father, a dedicated employee, civic leader and tireless contributor to the betterment of society – a true gentleman. He will also be remembered as the quintessential storyteller with an amazing sense of humor and endless supply of jokes appreciated by all. Those who knew John best will always smile when they hear the words “Ice Cream”.

Graveside burial services will be arranged at a later date.

To order memorial trees or send flowers to the family in memory of John Emerson Phillips Sr., please visit our flower store.