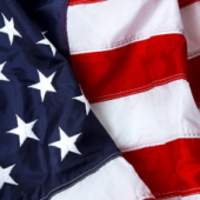 John was a proud veteran of both the US Marine Corps and the US Air Force. John enjoyed playing cards, fishing, watching Nascar, playing golf, tennis, gambling at Casinos, and spending time with family and friends. He will always be remembered for his sense of humor and no-nonsense approach to life.

He is survived by his wife, Mary Ellen (Gillin) Shaw of Fairfax; his sons and their families, Henry A. Shaw of Maryland, Robert G. Shaw and his wife, Lisa of Delaware, and Richard J. Shaw of Swanton, John T. Shaw and his wife Nancy, of North Carolina; two grandchildren, Gabrielle and Julianna Shaw; sister, Elizabeth Betty Blacklock and her husband Warren of Chicago; brother-in-law, Chuck Hayden; and several nieces and nephews. John was predeceased by his parents; brothers, Alden and Robert Shaw; sister, Nancy Hayden; and a sister-in-law, Helen Shaw.

A celebration of life will be held at a later date.

For those who wish, contributions in Johns memory can be made to Missisquoi Valley Rescue, 120 First St. / P.O. Box 22, Swanton, Vermont 05488.
To order memorial trees or send flowers to the family in memory of John A. Shaw, please visit our flower store.