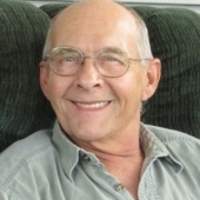 BERKSHIRE - John R. Waterhouse, age 66, passed away on Sunday, August 12, 2018 surrounded by his loving family at his home in Berkshire after a brief battle with cancer.

John attended Richford High School before joining the United States Army in December of 1970. He was stationed in Germany for the majority of his 3-year enlistment. After returning from the service he married Debbie Lagro in June of 1976, and they made their home and raised their family in Berkshire. He worked at the Sheldon Paper Mill for over 40 years. He was a member of the American Legion Post #12 in Richford for several years. John was known for being a jack of all trades; he was a skilled mechanic, carpenter, and an all-around handy man. He enjoyed hunting, casino trips, long car rides, working on Farmall tractors, travelling, and most importantly, spending time with his beloved family and his dog, Old Pal Jack.

Johns family would like to thank Hope Lodge, and the staff of nurses at UVM Medical Center for the great care he received.

A funeral service will be Thursday, August 16, 2018 at 10:00 AM at Spears Funeral Home. Interment will follow in Richford Center Cemetery.

For those who wish, monetary or volunteer contributions in Johns memory may be made to Hope Lodge, 237 East Avenue, Burlington, VT 05401-3412.
To order memorial trees or send flowers to the family in memory of John R. Waterhouse, please visit our flower store.