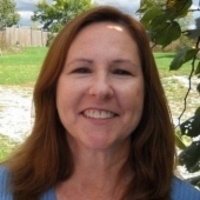 She was born in Burlington on November 15, 1958 to Margaret (Purinton) Crouter and the late Edgerton Crouter.

June grew up as an Army brat and moved all over the United States for most of her adolescence. She made many friends in those years, some of which she stayed in contact with. June graduated from Radnor High School in Pennsylvania and later settled in Vermont with her family. June loved to help people, especially elderly, and she worked in the medical field for most of her life. On January 11, 1985 she married Roger Collins, and they eventually settled in North Hero - a great place to own a sailboat. She loved to sit on their porch and watch over Lake Champlain. Her favorite hobbies included knitting, quilting, and crafting. June will be remembered for her desire to help others, and her smiley personality.

She is survived by her husband, Roger Collins Sr. of North Hero; their children, Roger Collins Jr. and his wife Amanda Thibault of Lakeland, FL, and Clancy Collins and her significant other Keith DaCosta of South Burlington; her mother, Margaret Crouter and her significant other Dale Bartizal of Naples, FL; siblings, John Crouter of Williston, and Lynne Koloski of Essex Jct., siblings-in-law, Tim Collins, Cynthia Collins-Bassett and her husband Bruce, Maureen Collins and her husband Scott, David Collins, and Robert Collins and his wife Kelly; several nieces & nephews, and countless friends in North Hero and beyond. June was predeceased by her father, Edgerton Crouter.

A celebration of Junes life will be private and held at a later date.

For those who wish, contributions in Junes memory may be made to the American Foundation for Suicide Prevention.

Condolences, photos and favorite memories may be shared through www.gossfs.com
To order memorial trees or send flowers to the family in memory of June C. Collins, please visit our flower store.