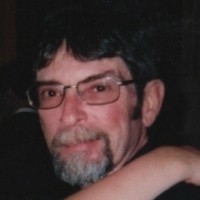 He was born in Newport City on October 29, 1960 to the late Thomas & Lucille (Bertrand) Dinsmore.

Kelly worked in construction for most of his life, he was employed by Winco and most recently S.D. Ireland. He also enjoyed logging and he was employed by Frank Gregoire. When Kelly wasnt working, he liked to go for rides, and watch sports, especially the Boston Red Sox, New England Patriots, or any NASCAR race.

He is survived by his son, Michael Dinsmore and his wife Sarah of Johnson; his siblings, Garrett Dinsmore of East Ryegate, Conn Dinsmore of East Ryegate, Jack Dinsmore and his wife Cheryl of East Berkshire, Kathleen Iverson and her husband Dale of Berkshire, Peggy Dinsmore of Great Falls, MT, and Tracy Bourgeois and her husband Dale of Alburgh; his friend, Debbie Reid of Richford; several nieces & nephews and his beloved cat, Pudge. Besides his parents, Kelly was predeceased by his grandchildren, Collin, Emma & Everett Dinsmore; brother, Brian Dinsmore; nephew, Thomas Pulst; and niece, Erina Munch.

Visitation will be held on Saturday at Spears Funeral Home from 2:00 PM until the hour of the service.

For those who wish, contributions in Kellys memory may be made to the University of Vermont Cancer Center, The Courtyard at Given, 4th Floor North, Burlington, VT 05405.

Condolences, photos and favorite memories may be shared through www.gossfs.com
To order memorial trees or send flowers to the family in memory of Kelly P. Dinsmore, please visit our flower store.