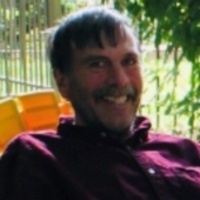 He was born in St. Albans on October 8, 1958, the son of Dorothy (Sayers) Westcom and the late James Westcom.

Kelly grew up in Bakersfield and graduated from Enosburg Falls High School in 1976. He married Sherry (Bocash) Westcom on July 2, 1977 and they raised their family in St. Albans and Bakersfield. Kelly had a tremendous work ethic, after graduation he worked for Bocash Construction, Clarence Brown Inc., drove truck for McDermotts Trucking, and the Gervais Farm, and most recently was an Oil Truck Driver for Blouin Brothers in Enosburg, all while owning and operating Kelton Westcom Heating Service. Besides work, Kelly enjoyed hunting, fishing with his children, playing pickup softball, watching NASCAR, and attending Odd Fellows meetings in Enosburg. On January 20, 2017, Kelly was diagnosed with ALS and Frontaltemporal Dementia. He will be remembered for his smile and his ability to make those around him smile.

Condolences, photos and favorite memories may be shared through www.gossfs.com
To order memorial trees or send flowers to the family in memory of Kelton "Kelly" Westcom, please visit our flower store.

United Church of Bakersfield and Fairfield