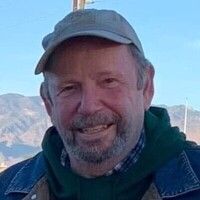 ENOSBURG FALLS / TUCSON, AZ – Larry G. Fiske, age 73, passed away on Thursday, April 14, 2022 in Tucson, AZ. He was born in St. Albans on April 12, 1949 to Edith (Burns) Fiske and the late Charles Fiske. Larry was raised on a dairy farm in Fairfield and attended Brigham Academy and B.F.A. St. Albans. After graduating from high school he enlisted in the U.S. Navy at the age of 19. Larry served in the U.S. Navy for 20 years and retired as Yeoman First Class with several awards, combat ribbons, and campaign ribbons. After his retirement from active duty, Larry returned home to Vermont. He continued serving his community and was elected to serve as the Vermont State Representative and as a Selectman for the town of Enosburgh. He also worked at North Country Cable, and Jim Burns Rubbish Removal. He enjoyed spending time outdoors fishing and hunting, and he also enjoyed traveling. Over the past several years Larry and Marty traveled back and forth from Vermont to Arizona with their camper. Larry was a proud member of the V.F.W. Post #758 in St. Albans, the American Legion Post #42 in Enosburg Falls, and the Free & Accepted Masons Lincoln Lodge #78 in Enosburg Falls. He is survived by his wife, Margaret “Marty” Fiske, they were married on April 11, 1992; his daughter, Kimberly Fiske and her partner Eric Kane of Richford; Marty’s daughters, Martine Fiske of Keene, NH, and Eva Fiske Callahan and her husband Sean of Elizabethtown, PA; grandchildren, Jacob Carswell, Nicholas Carswell, Cayla Fronhofer, Bethany Fronhofer, Troy Kane, and Mitchell Kane; his mother, Edith Fiske of Enosburg Falls; siblings, Gary Fiske and his wife Sharon of Enosburgh, Patricia Cummins of Enosburgh, Wayne Fiske and his wife Nancy of Franklin, Susan Chapman of Enosburgh, and Kenneth Fiske and his wife JoAnne of Montgomery; sister-in-law, Lila Gunther of Camarillo, CA; and many nieces & nephews. In addition to his father, Larry was predeceased by his in-laws, Merle & Virginia Gunther; and a brother-in-law, Robert Gunther. Friends and family are invited to attend Larry’s life celebration to include visitation on Saturday, April 23, 2022 from 2-5:00 PM at the Goss-Spears Life Celebration Home, 96 Dickinson Ave., Enosburg Falls, VT. Larry will be laid to rest at the Vermont Veterans Memorial Cemetery in Randolph at his family’s convenience. For those who wish, contributions in Larry’s name may be made to the Disabled American Veterans. Goss Life Celebration Homes is the area’s exclusive provider of Life Celebration events. Please visit our website to share condolences, photos and favorite memories at www.gossfs.com
To order memorial trees or send flowers to the family in memory of Larry G. Fiske, please visit our flower store.