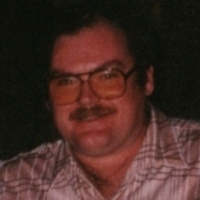 After losing his mother at an early age, he was raised by his aunt & uncle, Germaine and Lucien Paquette. He was a graduate of Enosburg Falls High School. Leo enjoyed spending time with his three brothers; the trio could usually be found at the local watering holes telling their stories and fishing. Though Leo was the quiet one of the three, he could crack a quick-witted joke out of thin air that left everyone laughing and in shock. All three brothers worked together on the railroad. Leo also worked at the cheese factory in Swanton for several years before moving on to ADA Traffic Control. He enjoyed his role as a traffic flagger and earned the respect of his coworkers. Leo often spoke highly of his job with ADA Traffic Control.

In his earlier years, Leo was an excellent dart thrower, and won several tournaments. Most people were afraid to play against him, claiming they could never beat Leos dead eye shot . He was an umpire and coach for the Berkshire Little League and he was also the umpire for adult leagues. The womens league was his favorite because they werent afraid to argue with the umpire; the umpire, however, was always right. Leo also enjoyed watching his hockey, and wrestling matches on TV.

He is survived by his brother, Claude Coulombe and his wife Cathy of Richford; his sister, Denise Bockus (Jette) and her husband Richard of Stanbridge East, Quebec; his niece & nephews, Danielle Coulombe Sisco and her spouse Tanya of Bakersfield, Joey Bockus and his wife Christine of Bedford, Que., Ricky Bockus and his wife Nina of Bedford, Que., Andy Bockus of Sanbridge East Que., and Alan Coulombe and his partner Trina Montgomery of St. Albans and 6 great nieces and nephews. Besides his parents, Leo was predeceased by his aunt & uncle, Lucien & Germaine Paquette; and his older brother, Romeo Paul Coulombe.

A Mass of Christian Burial will be celebrated Saturday, February 17, 2018 at 11:00 AM at All Saints Catholic Church, Main St., Richford. Interment will be held this spring in All Saints Cemetery in Richford.

Visitation will be held on Saturday at All Saints Catholic Church from 10:00 AM until the hour of the service.

For those who wish, contributions in Leos memory can be made to the Richford Ambulance Service or to the Richford Firefighters Association, c/o Richford Town Clerk, P.O. Box 236, Richford, VT 05476.

Condolences, photos and favorite memories may be shared through www.gossfs.com
To order memorial trees or send flowers to the family in memory of Leo "Robear" Coulombe, please visit our flower store.