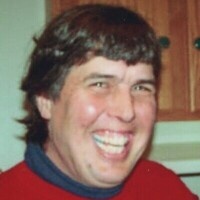 SHELDON - Leon Paul Benoit died January 19, 2021, with his loving wife Linda by his side.  He was born on June 12, 1962, the fourth child of Marie Jeanne and Marcel Benoit.  He spent his childhood at his father’s side on the Crowe Hill farm that came to define his life, and passes on that legacy to his son and grandsons.

He was building family and community before he was in school, sneaking out before his parents were awake to spend early mornings with Billy on the farm next door.  At ten years old he was choosing which cattle his father would buy at the auction, and his interest and aptitude for buying cows, land, and farm equipment never waned.  During his teenage years, in addition to joining in on practically every sporting activity with the Paradee or Bouchard boys, he was an avid raccoon hunter and his profits from selling their hides paid for his first car - which promptly left the yard with Linda and his wallet.

Nobody smiled as big as Leon, and nothing brought a smile to his face quite like young children.  The knowledge that he was building a better life for his children and grandchildren fueled a prodigious work ethic and a specific ingenuity for combining play with farm projects.  There was always room for a kid in the cab of the tractor, and always space for a game, whether it was softball in Russell’s field across the way, basketball in the haybarn, or hockey on the iced over, custom-poured cement pad that he swore was going to become an equipment shed someday. He always had a scheme that made better use of the resources at hand, and he was in constant movement on the farm, somehow managing to make time for all the elements of a fulfilling life while learning, strategizing, adapting, connecting, and looking to the future.

As he grew older he took more interest in the land, crops, and sugarwoods, and he worked hard to make sure that he, the farm, and his business kept up with changing times.   His father Marcel was involved on the farm until his passing and supported him with the daily struggles of dairy life, but since then he has relied on Donald, who has been a constant presence around the farm.  Among others, Bryan has seemed to be constantly in the yard, busy with a barrage of building improvement projects.  Rock was called on for all plumbing projects, no matter how unique and original they were.  For years his cousin Gilles would come by weekly on the Surge truck to keep the barn updated, and nearly every day he’d talk with Russell about the neighborhood and his own farming or sugaring dilemmas.  When it came to sugaring and cropping it was a team effort and he counted on his son Stuart, Danny, Jeremy, Russell, Freddy, with the addition of Seth and Zach the past few years.  Every now and again he’d sneak away from the farm with Dean to go on a long haul adventure, or the occasional trip to Arizona with his wife where they enjoyed the sunsets in their backyard by the pool and daily walks by the London Bridge; but mostly he was in the barn or somewhere else on the farm, usually with his son and his dog nearby.

Leon was a force of nature, and he rarely was found anywhere but at work on the farm before this year.  He learned that he had Lymphoma in the fall of 2019 and faithfully followed treatment protocols around his chores and cropping schedules with much support from his family, Freddy, Peter, Greg, and Zach.  When his cancer returned aggressively at the end of 2020 he shifted his focus from treatment to finishing his work, and he was proud that he was able to spend his last days at home engaged in the farm and with his wife and family.

Leon was predeceased by his parents, Linda’s parents George and Thelma, his brothers in law David and Marcel, and his puppy in perpetuity, Theodore Edward Bear.

Friends and family are invited to an informal Life Celebration on Saturday, July 10, 2021 starting at 4:00 PM outside at the old sugar house on the Benoit Farm, Crowe Hill Rd., Sheldon. A reception to include a catered meal and fireworks will follow.

Donations in Leon’s memory can be made to Grady’s Golden Goodness Foundation.

To order memorial trees or send flowers to the family in memory of Leon P. Benoit, please visit our flower store.