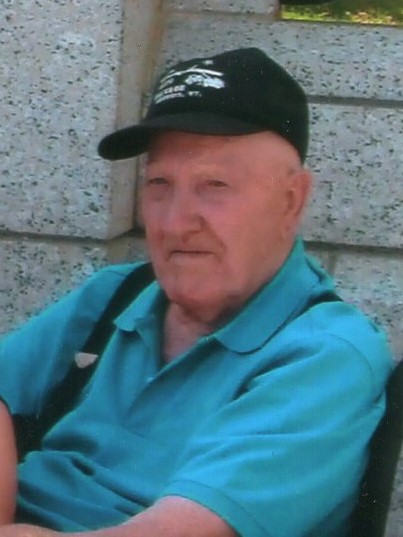 SWANTON– Leonard “Hank” Unwin, age 98, passed away on Saturday, January 14, 2023 at the St. Albans Healthcare and Rehabilitation Center with his granddaughter by his side.

He was born in Swanton on December 17, 1924 to the late Dennis and Ella (Barrette) Unwin.

Hank was a lifelong resident of Swanton on Pine Street and met the love of his life Marion Tatro who lived just a few houses away. In his younger years, he worked throughout the town mowing lawns and different maintenance projects until March 18, 1943, when he joined the U.S. Army. Hank was a machine gunner in the famed “Red Bull Division” during WWII Veteran where he was awarded a Silver Star for gallantry in action, and a Purple Heart while in Italy. After his honorable discharge he married Marion on June 17, 1949 and later the two made their home in Swanton where they raised their family. He retired from the Central Vermont Railroad after 35 years, and in his retirement enjoyed volunteering at the Swanton Library and drove bus for the local school system. When Hank wasn’t working, he enjoyed playing cards with Marion, tending to his extensive garden, or fishing wherever and whenever he could! He looked forward to relaxing in his back yard under his old maple tree, or on his back porch watching the birds. Hank loved the comfort of his own home, but enjoyed weekend visits to Morrisville and Eden where he visited special friends, and spoke often about a trip he took to Washington, D.C. by train where he was able to visit the WWII memorial and Arlington Cemetery. Hank was a lifetime member of the VFW and the American Legion. He had an unmatched work ethic that he instilled in his family and placed a lot of value in a hard day’s work.

Family and friends are invited to Leonard’s Life Celebration on Friday, January 20, 2023 to include an open house visitation from 5-7:00PM at The Goss Life Celebration Home, 89 Grand Ave., Swanton, VT 05488. Interment will take place this spring at the Riverside Cemetery in Swanton.

For those who wish contributions in Leonard’s memory may be made to the Swanton Public Library, 1 1st St, Swanton, VT 05488, and/or the Wounded Warrior Project, 4899 Belfort Road, Jacksonville, FL, 32256.