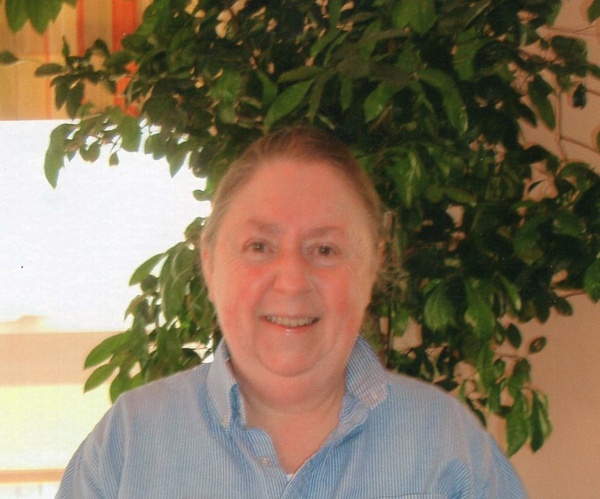 Hand delivered by a local florist

HIGHGATE – Lindsay M. Benoit, age 66, passed away unexpectedly on Monday, May 23, 2022 after an automobile accident.

She was born in Milngavie, Scotland on November 24, 1955 to the late Alexander and Patricia (Jefferson) Murray. Two years later, Lindsay packed up a little suitcase and moved with her parents to Montreal, QC. When not confidently traipsing around Montreal, Lindsay enjoyed idyllic summers in Highgate Springs at her family’s vacation home where she was adopted as an honorary sibling of beloved neighbors and friends, Pierrette and James.

Lindsay studied at Concordia University and completed her education at Dawson College in Montreal. She dreamed of becoming a veterinarian, but the quiet Vermont life called. She met young VTC graduate Gilbert Benoit and, although she only went for one motorcycle ride, they fell in love and married on September 29, 1979. They embarked on their life together with goals of living off the land. In 1981, when Lindsay became a mother with the arrival of Adrian, they bought Lindsay’s childhood house. In Highgate Springs the family spent their days tending animals and growing, harvesting, and canning vegetables.

Lindsay loved all living things and found a passion in raising rabbits for show. In 1989 she earned her American Rabbit Breeders Association judges license. She traveled all over the US and was sought after as a respected judge long after she had stopped showing her own rabbits. In addition to the rabbits, cattle, chickens, ducks, occasional sheep, and one unrideable horse, Lindsay’s home was a circus of dogs and cats who she welcomed with an open heart and sense of humor. She particularly loved German shepherds and was proud of Sasha, Wolfgang, and Rocky, her current faithful companions and protectors.

While she was a young mother, Lindsay also worked as an assistant at the MVU School agricultural department before finding her work calling at the Channel 22/44 news station. Twenty-five years later she kept the show running as program manager. She will be remembered for always making time to hear from her coworkers, advocating for her team, beautifying the office with plants, and for the massive Thanksgiving Dinners she prepared and trucked down for the news crew.

A talented home cook, Lindsay shared her parents’ belief that no meal was complete without a bit of dessert. Lindsay collected recipes all year long for her legendary cookie trays doled out generously at the holidays, and a visit to her house guaranteed a good conversation surrounded by greenery and flowers, punctuated with hot coffee and ginger pound cake. Lindsay was a brilliant gardener. She delighted in flowers of all colors, shapes and sizes. She was especially proud of her large colorful hibiscus, scented geraniums, Christmas cactus, and her beautiful iris and peony garden.

Lindsay had an infectious laugh and whimsical sense of humor to match her clever mind. She was an avid reader and loved to explore world history and fictional places through books and movies. No wordplay or pun left unexamined, she especially loved period dramas, Star Wars, Lord of the Rings, classic films, and British comedy. They were the perfect match for her favorite pastime: counted cross stitch. Many peaceful evenings were spent stitching a complicated animal pattern with Downton Abbey playing on the television and giant dogs snoozing at her feet.

Lindsay dug rock and roll, even when she was a young choral singer. Friends remember nights going to see “The Dudes” at a bar in Montreal, or listening to Beatles records start to finish for hours on end. Lindsay loved to see musicians in concert: Gordon Lightfoot, Frank Zappa, Pink Floyd, The Who, and the Rolling Stones (to name a few favorites). She passed her love of rock to her son, Adrian. They shared favorite albums, traveled to concerts, and regaled each other with Beatles trivia.

In the final years of her life Lindsay enjoyed the fruits of her and Gilbert’s labor, seeing to completion an elegant four season porch where she could sit and stitch while the sun set. She loved to watch the birds (and squirrels) interact in her enormous lilac bushes, the scent of the blossoms drifting through the picture windows. Last year saw an update to their south-facing porch and she enjoyed planning her flower planters and gazing out at the cows in the pasture. Over this past winter, Lindsay rejoiced in the completion of the bathroom of her dreams: beautiful grey marbled tiles and shiny silver accents which delighted her heart.

Lindsay will be remembered by all who know her. She provided a good life for herself and her family. She prioritized beauty, knowledge, small comforts and delights, laughter, music, great food, friendships, and compassion for all living beings. She is survived by her husband of 42 years, Gilbert Benoit of Highgate; her son, Adrian Benoit and his wife Mandi Gates of Franklin; brothers and sisters-in-law, Lucie Holcomb, Conrad Benoit and his wife Suzette, Linda Benoit, Julian Benoit and his wife Dawnna; special friends, Pierrette Bouchard and her husband Philip, the Ballard family, her work family at ABC 22 and Fox 44, Glen Carr and numerous friends of the American Rabbit Breeders Association; beloved puppies Sasha, Wolfgang, and Rocky; and many nieces, nephews, cousins and friends. Besides her parents, Lindsay was predeceased by her brother-in-law, Leon Benoit, her maternal grandparents, and devoted furry companions Heather, Bear, and Rex.

For those who wish, contributions in Lindsay’s memory may be made to your local food shelf.

To order memorial trees or send flowers to the family in memory of Lindsay M. Benoit, please visit our flower store.