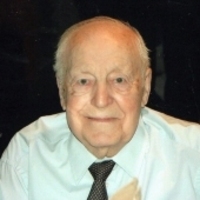 Lloyd grew up in Richford and attended Richford High School. For a brief time, he farmed and then moved to Connecticut to work for Pratt-Whitney from 1951-1972. He received several prestigious Suggestion Awards at Pratt & Whitney. He also ventured into real estate, owned and operated two carwashes and owned several houses and apartments. On March 23, 1973 he married Arlene (Harrison). They moved to Vermont in 1992 to farm and he later drove a school bus. He enjoyed working, solving puzzles like Rubiks cube and many others, building and fixing things, deep sea fishing, and reading the daily newspaper or occasional book. He will be remembered for his desire to provide for his family, understated sense of humor, and entrepreneurial spirit.

He is survived by his wife, Arlene Lumbra of Enosburg Falls; his children, Norma Juaire and her husband Duane of Colchester, Lloyd Bozo Lumbra Jr. and his wife Diane of Berkshire, Dennis Lumbra and his wife Shirley of Manchester, CT, and Lyn Whewell and her husband Brian of Homosassa Springs, FL; his grandchildren, Stephanie and Aaron Juaire, Leanne Blanchard, Bradley, David, and Kathleen Lumbra; 9 great-grandchildren; his sister, Shirley Kirk of Wallingford CT; his sisters-in-law, Marjorie Lumbra of Meriden, CT, Rose Lumbra of Wallingford, CT, and Jeanne Sabia of South Windsor, CT; his brother-in-law, David Harrison and his wife Betty of South Windsor, CT; as well as many nieces and nephews. Besides his parents, Lloyd was predeceased by his brothers, Robert, Harold, and Clifton Lumbra.

Interment will take place at the convenience of the family in South Windsor, Connecticut.

Condolences, photos and favorite memories may be shared through www.gossfs.com
To order memorial trees or send flowers to the family in memory of Lloyd A. Lumbra, please visit our flower store.