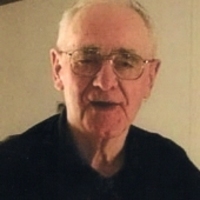 HIGHGATE - Louis Buck W. Greenia, age 79, passed away Monday morning July 1, 2019 at the McClure Miller Respite House in Colchester, Vermont with his loving family at his side.

Buck was a devoted husband, father and grandfather who adored his children & grandchildren. He enjoyed spending time with family, playing the guitar, fishing, hunting and playing cards with friends. He worked for A.G. Anderson in Swanton for over 28 years before having to retire in the early 1980s.

Bucks family would like to thank everyone at the McClure Miller Respite House for all of the kind, loving care that they showed Dad while he was there.

There will be no public services. A memorial luncheon may be held at a later date.

For those who wish, contributions in Louiss memory can be made to the McClure Miller Respite House, 3113 Roosevelt Highway, Colchester, Vermont 05446.

Condolences, photos and favorite memories may be shared through www.gossfs.com
To order memorial trees or send flowers to the family in memory of Louis "Buck" W. Greenia, please visit our flower store.